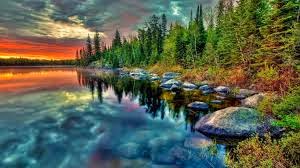 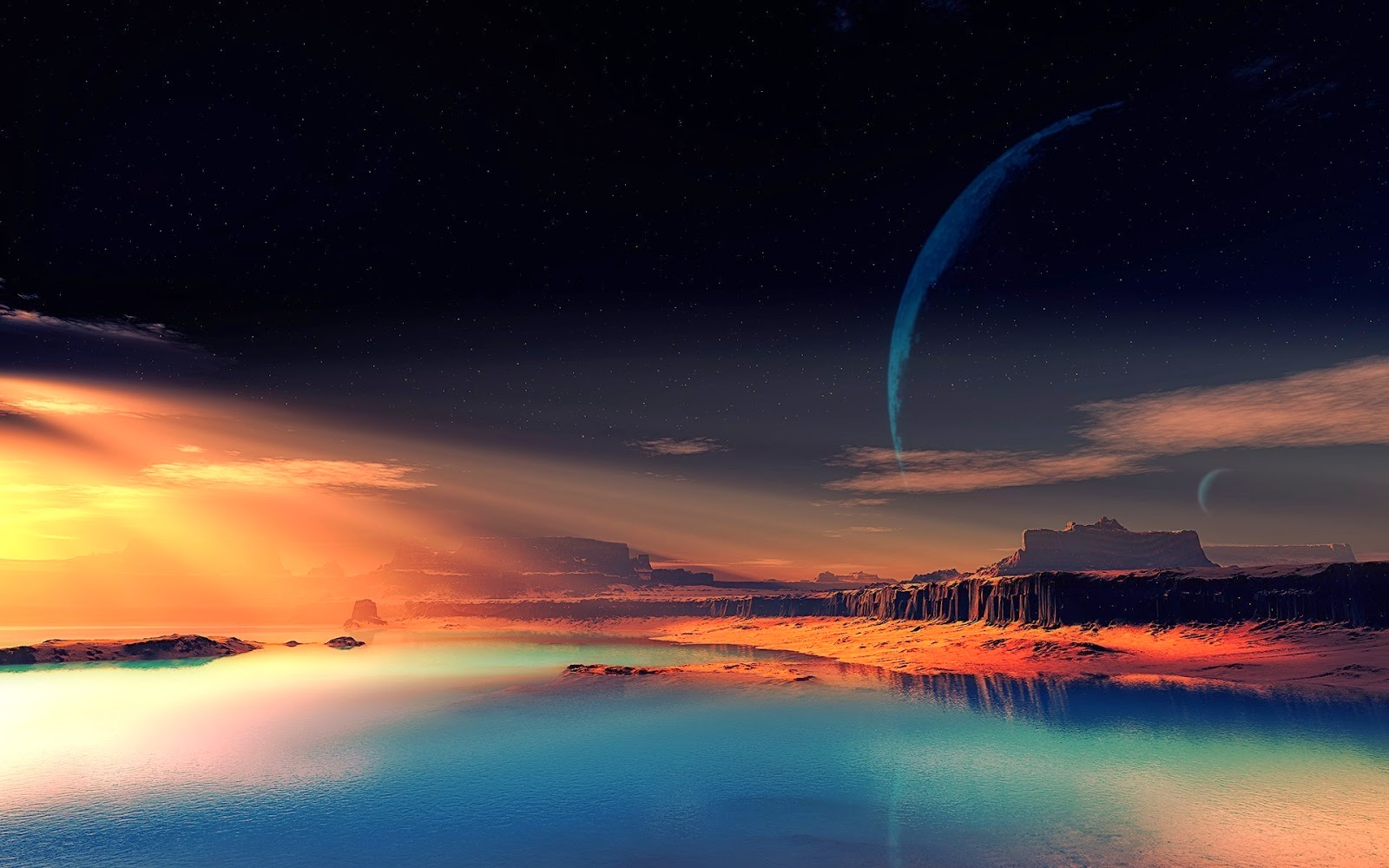 Fantasy is hardly an escape from reality. It's a way of understanding it. 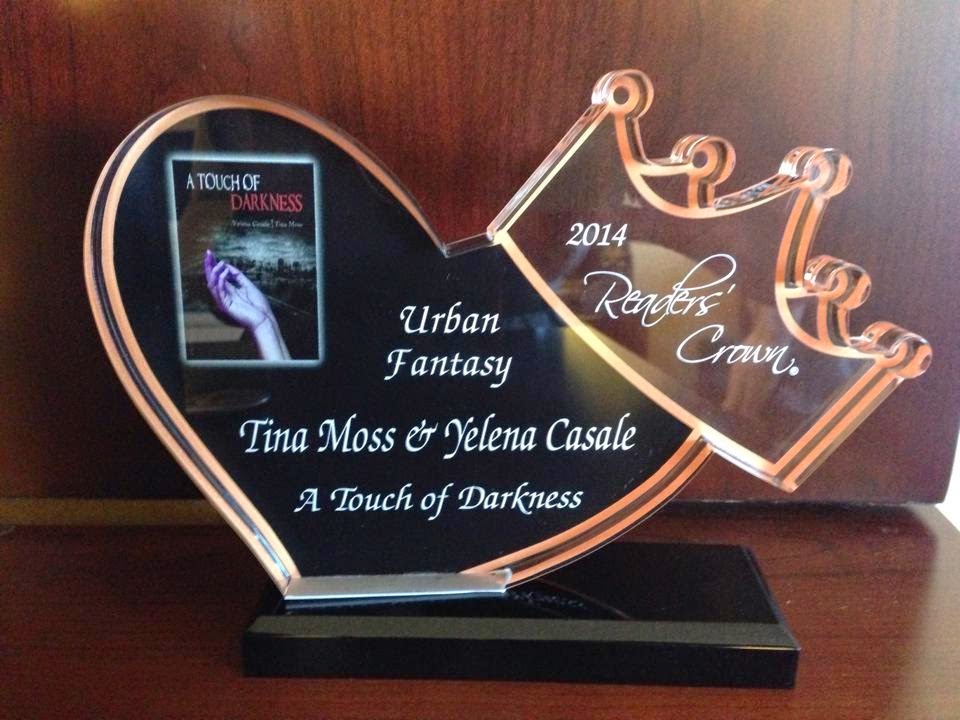 We are back from the RomCon14 in Denver, Colorado, and we couldn't be more excited about our big news:

A Touch of Darkness is the winner of the Reader Crown Award in the Urban Fantasy genre! We feel very honored. A huge thank you to all the readers who made this possible!

The event was wonderful. After the Award Luncheon, we participated in our first big book signing and had lots of fun. 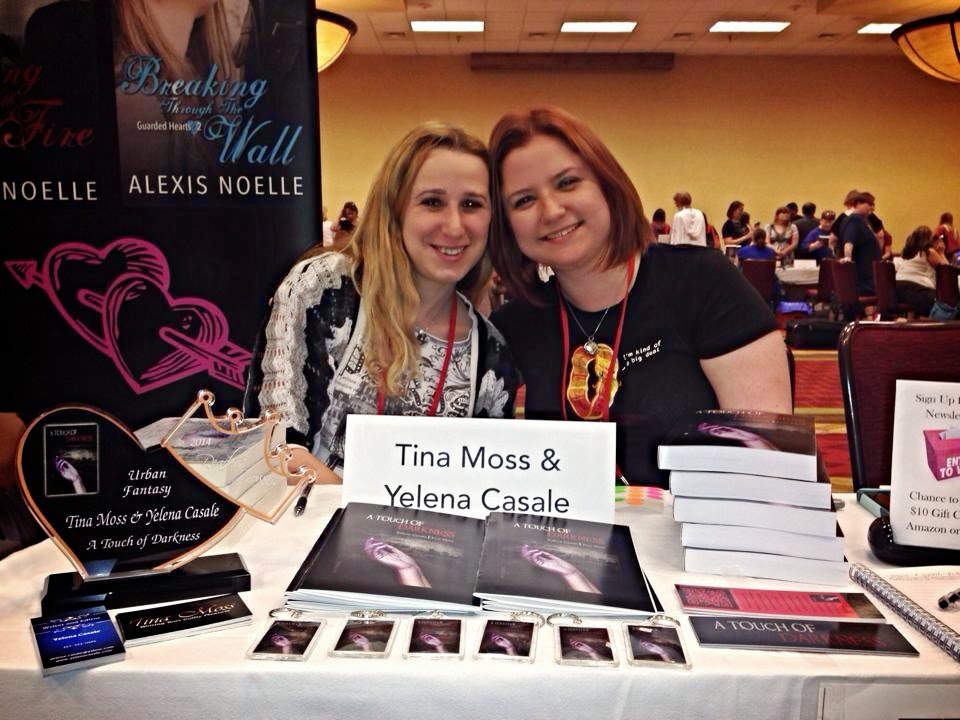 Following the signing, we had a blast sponsoring a game table at the Heather Graham's Dance & Karaoke Party. It was a Decades themed party, and we represented the 90s. We played Uno and Blackjack with readers, authors and organizers Jennifer Zane and Michelle Callahan. My hubby, Tommy, really got into the fun and played blackjack for hours. We had a blast.


Thank you to the organizers for the wonderful event. We can't wait to go again next year!

I also want to extend a special thank you to my husband for all the unbelievable support you always give me, and for being our RomCon slave (the title he had chosen for himself) for Tina and I during the weekend. I love you, honey!

And check out all the other winners here: Winners of Reader Crown Award 2014

Going to RomCon in Denver! All The Info + 2014 Readers Crown Award 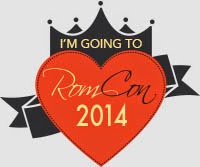 A really exciting news came our way when Tina and I were at the Romantic Times Convention in New Orleans in May. Our urban fantasy, A Touch of Darkness, is a finalist in our category for the 2014 Readers Crown Award. We could not be more excited and honored to receive the nomination! And so, we are off to Denver this weekend to attend the RomCon!


The winners will be announced during the Luncheon on Friday, June 20th. We will also be signing at the Author Signing and participating at the Dance of the Decades, where we will be hosting the 90s game table during the Heather Graham karaoke and dance party. So come find us and say hello if you are in Denver for the RomCon! We'll have swag, goodies and of course...books! 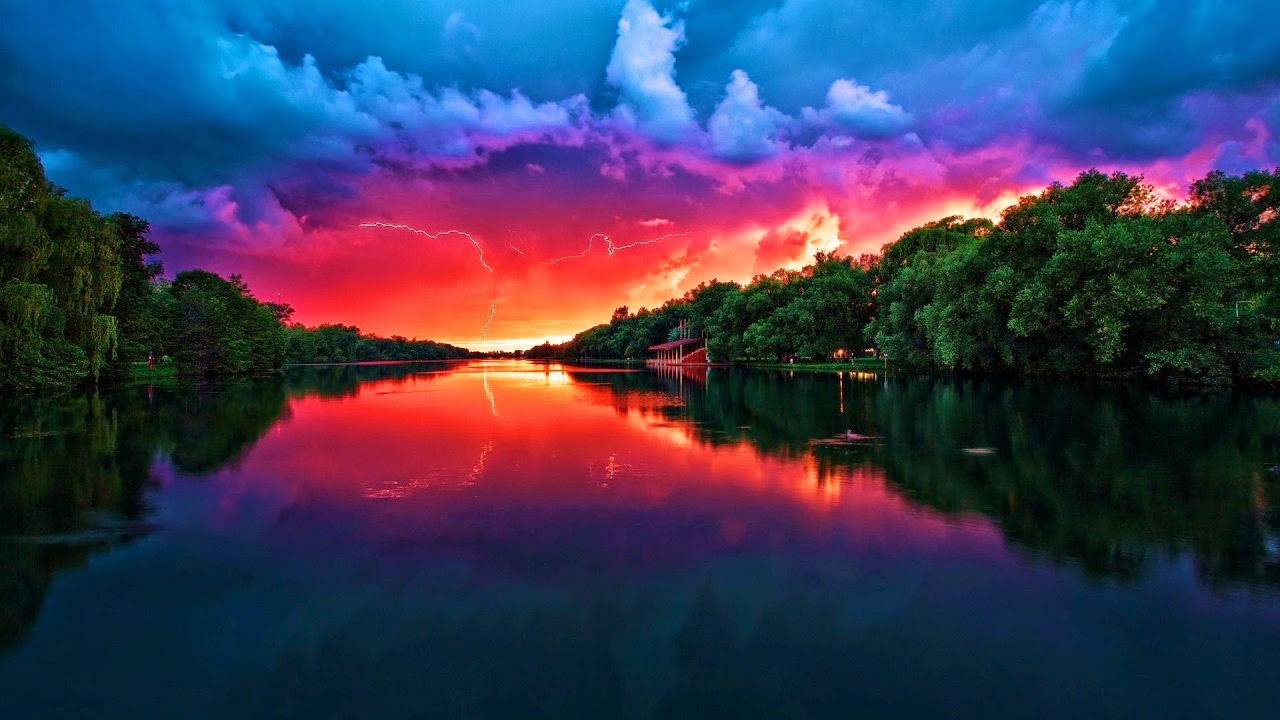 There are only two days in the year that nothing can be done. One is called Yesterday and the other is called Tomorrow. Today is the right day to Love, Believe, Do and mostly Live. 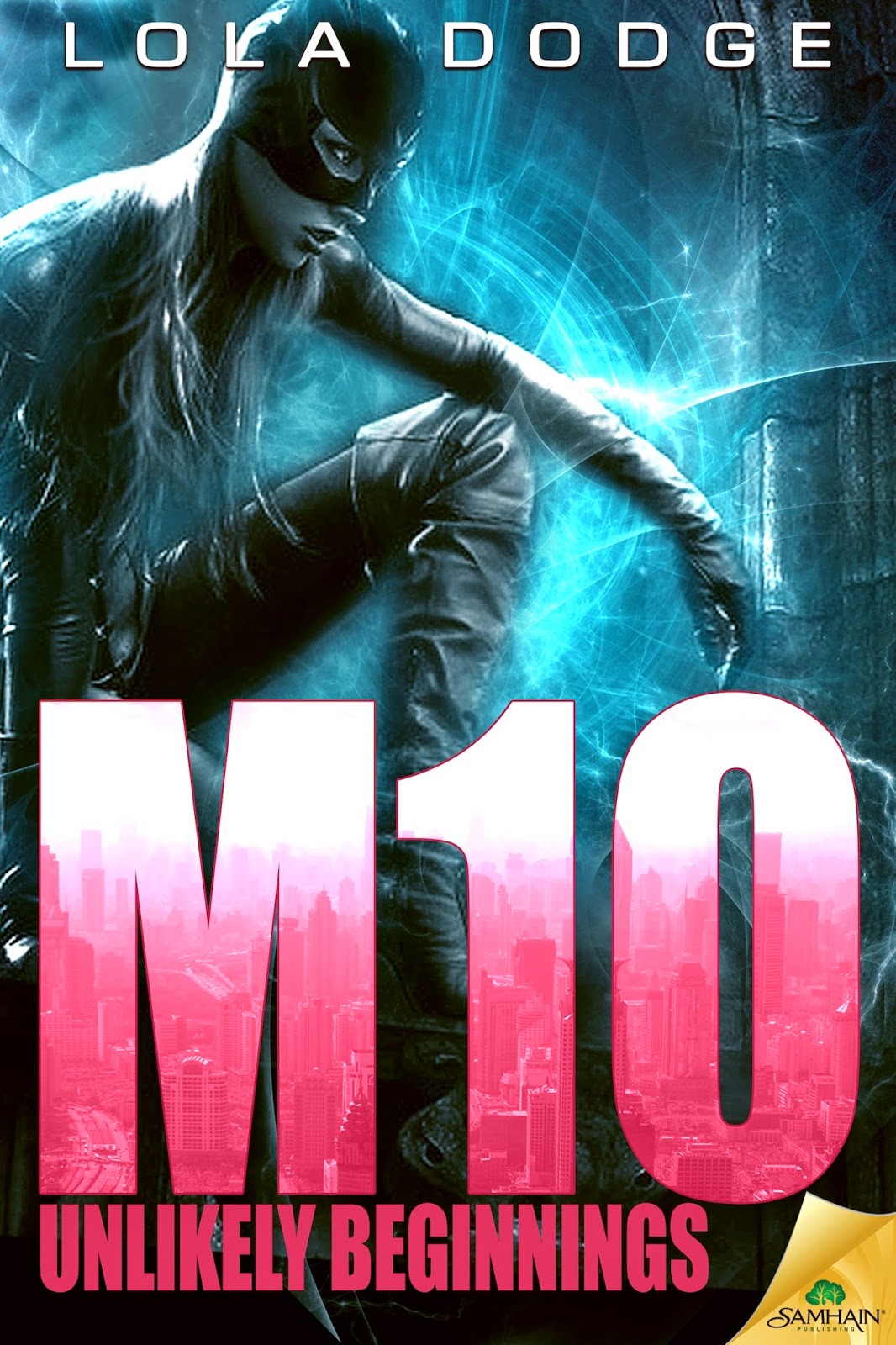 Synopsis:
A vigilante. A warrior woman. A ballerina.

These ladies never pictured themselves as super heroes, but they’ve been called to serve—whether they want to or not. 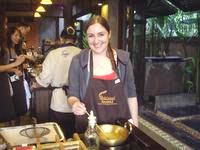 Lola Dodge was forged in the suburbs, tested in the retail wastelands and reborn as a romance writer after several strong cocktails. Armed with her M.F.A. in Writing Popular Fiction, she travels the world in search of story fodder and men with accents. 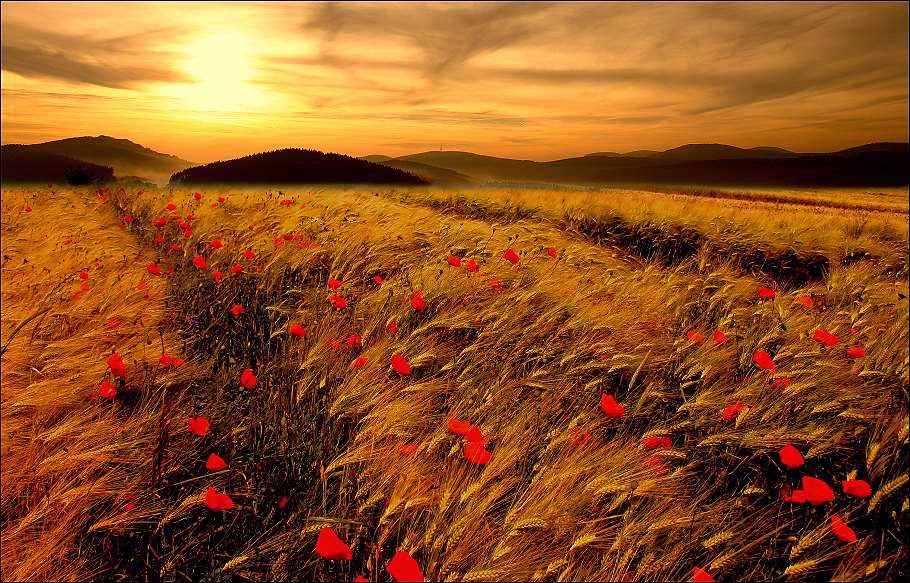 A mind without instruction can no more bear fruit than can a field, however fertile, without cultivation.
~ Cicero 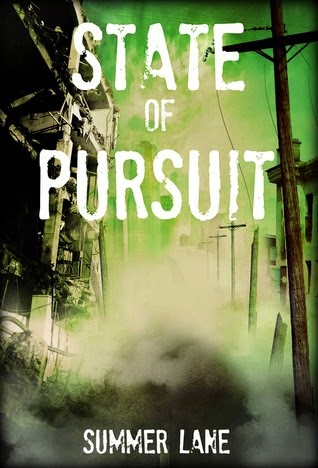 State of Pursuit by Summer Lane

Her Commander and the love of her life, Chris Young, has gone missing in action. A horrific battle with Omega has left too many good men and women dead, and Cassidy must bear the burden of leadership in the militia on her own.

But she’s not about to give up.

With the help of her faithful friends – and former enemies – she will stop at nothing to rescue Chris and ensure victory for the militias in their fight against the all-powerful Omega forces.

The game has shifted. This time, Cassidy is one step ahead of the enemy.

This time, Cassidy is in charge.

Here’s the thing that nobody tells you about being in love:
It’s hard.
Anything good in life takes work, and lately, a lot of blood, sweat and tears. My relationship with Chris Young has always been defined not just by mutual attraction, but by the fact that we were brought together in the middle of a post-apocalyptic warzone.
Flowers and dinner dates? Never had those.
Firefights and battle fatigue? That’s more like it.
Wartime hardship has always been the dominating factor in our romance. It’s what brought us together, it’s what’s kept us together, and now…it’s what has torn us apart. Being separated from Chris is more difficult for me than being separated from my father. Because through everything, Chris has been the one that has kept my feet on the ground. He’s been the one to protect me, train me, and teach me how to survive. The fact that I’m still alive is a testament to his skillset, not mine.
And not knowing if he’s alive or dead is killing me.

The romance between Cassidy Hart and Chris Young is one that I have had in my head for a long time. I’m talking years. Chris Young was often present in novels that I wrote as a teenager in high school. Yes, he had a different name then – and even different hair – but the core of his character was intact. I have been able to bring him to life in The Collapse Series, and that has been one of the most exciting experiences of my writing career.

I am not primarily a romance writer. I have read a lot of romance and I love a good romantic story, but I did not set off to write a story that purely centered on the relationship between a man and a woman. State of Emergency has a lot of romance in it, balanced with adventure and survival. As the series progresses, the relationship between Chris and Cassie is continually tested, and their love story within the hectic environment of the battlefield has been something that has strengthened my skills as an author.

I think the key to writing a strong romance story is to give the characters motivation – strong, strong motivation – outside of their partner. For Cassidy, her motivation is finding her father and keeping the people that she cares about safe. She will do anything to make sure that they are kept alive, and that makes her love for Chris richer and more sincere. It’s not just simple attraction – it’s love built on the platform of hardships and heartbreak. It’s my favorite kind of love story. 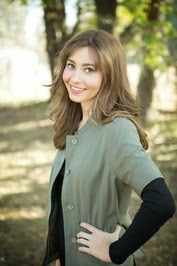 AUTHOR BIO
Summer Lane is the author of the national bestselling Collapse Series, which currently includes State of Emergency, State of Chaos, State of Rebellion and the fourth installment, State of Pursuit - releasing June 6th, 2014. She owns WB Publishing, and is the CEO of The Art of Storytelling, an upcoming creative writing program for children.

Summer is also the founder of Writing Belle, an online magazine dedicated to the art of storytelling. She is a consultant, creative writing teacher and journalist. Check out Writing Belle for interviews with upcoming authors and insights into the world of publishing! http://writingbelle.com/ 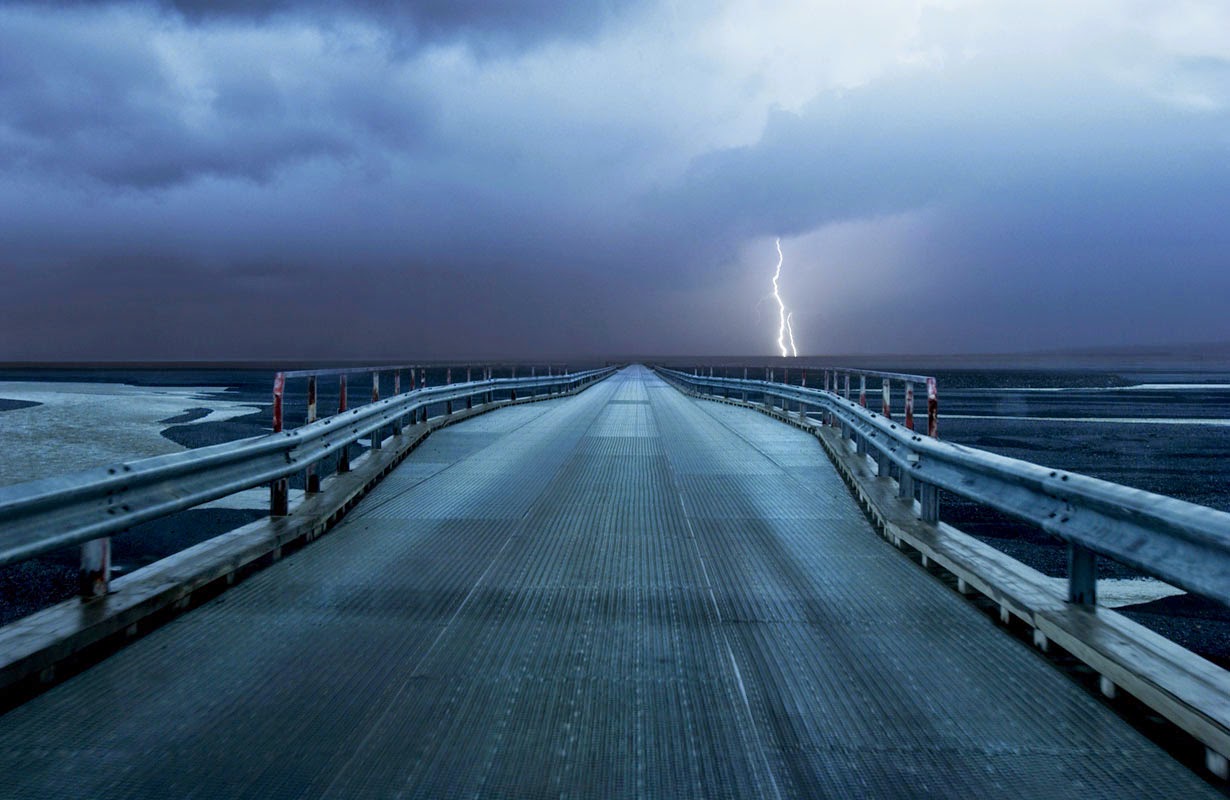 I love those who can smile in trouble, who can gather strength from distress, and grow brave by reflection. 'Tis the business of little minds to shrink, but they whose heart is firm, and whose conscience approves their conduct, will pursue their principles unto death.


This fascinating woman was born the same day as me and is truly inspirational to me. 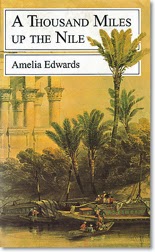 Born on June 7th, 1831, to an Irish mother and a British solider father, she wrote her first poem at the tender age of 7, first story at 12. Over the years, she wrote many poems, stories and five full-length novels, the most famous been Barbara's History (1864).


Using the proceeds from her writing, Amelia left London to travel. She traveled to Egypt int he winter of 1873 and became fascinated with the land, its culture and history. She spent some time there, and, on her return to England, wrote a beautiful description of her travels on the river Nile. The travel account was later published as A Thousand Miles up the Nile (1877). The travel memoir included Amelia's own drawings.


Amelia became a great advocate of research and preservation of ancient cultural monuments. "...Every day, more inscriptions are mutilated–more paintings and sculptures are defaced. ... When science leads the way, is it wonderful that ignorance should follow?" (A Thousand Miles Up the Nile, 1891 edition, pp. 353.) She was the co-founder of the Egypt Exploration Fund (first established in 1882), which survives to this day as the Egypt Exploration Society. The other co-founder was Reginald Stuart Pole. She also toured the United States and gave many lectures on the topic so close to her heart.

Amelia died in April of 1892 of influenza and was buried in St. Marie's Church in Bristol. She never married. Her entire collection of Egyptian antiquities was bequeathed to University College London, as well as money to found an Edwards Chair of Egyptology. 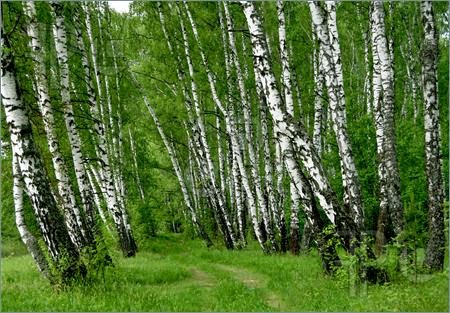 Never give up on what you really want to do. The person with big dreams is more powerful than one with all the facts.