Today, I'm so happy to have an old friend and an amazing writer on, answering some questions for us on her stopover for Skin Blog Tour.

First, all about this new release. 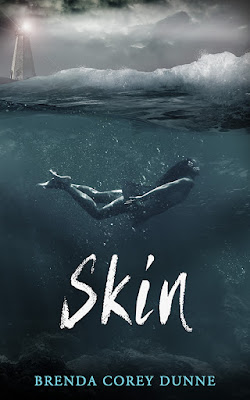 With a name like Ocean, you’d think moving to Prince Edward Island would be simple. But since seventeen year old Ocean crossed that huge bridge to the land of red sand, her life has been far from normal—it’s been downright dangerous. Trouble seems to follow her everywhere, and she’s got the bruises to prove it.

And then there’s her mysterious neighbour, Sam...who seems to know more about her history than she does herself. When Ocean finally steps into the salty waves with Sam, she realizes that her life has been based on a lie, and that she is missing something...something she never knew existed.

And now, Brenda graciously agreed to answer some questions for our readers. Brenda, take it away!

1. Tell us more about the book and its characters (whatever you feel is good for this question). It sounds very mysterious :)

I wrote SKIN a few years ago during NaNoWriMo, after an idea popped into my head of having selkies on the beaches of beautiful Prince Edward Island. Everyone knows PEI as the place where Anne of Green Gables smashed her slate over poor Gilbert Blythe’s head, but the thought of having a couple of magical creatures hanging out on the red sand beaches near Cavendish was just different enough to stand out in my mind. I wrote for a month straight and boom! SKIN was born.

The main character of the book, Ocean, formed initially with a military lifestyle bent—she is moving from a place she knows and loves to a place she knows very little about. She is not happy about starting a new high school, has to deal with making new friends in a town that’s not used to outsiders, and has all kinds of other life changes going on that she doesn’t understand.

But then she meets Sam, her dark, more worldly, curly-haired neighbor, and things improve. Well, they get more interesting, anyway.

2. Where did the idea for Skin came from?

Like I mentioned above, it started with a visit to PEI—my favorite area is the Thunder Cove area—and a stretch of the imagination. It grew from there. I have no idea where the selkie part of it popped up from…I guess I just really like seals, and selkies aren’t an over-explored magical creature. No sunshine restrictions either. I did a little online research and the idea just continued to grow until November and NaNoWriMo. 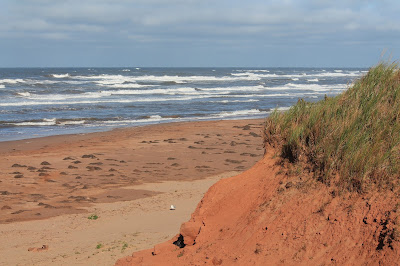 3. Tell us about your writing process and routine.

Currently? Non existent. L But generally I start with a setting. We travel a lot, and some places just seem to scream storylines at me.

I really need quiet and focus when I write, so I tend to write during the day when my teens are at school. I am fortunate enough to be able to work part-time at my day job, so I have a few days a week that are intended for writing. I write best in the morning, but sometimes write in the later evening as well. I listen to quiet instrumental music (think spa without the waves) because music with words distracts me when I write. And I have a great big wooly sweater that I love to wear…it’s my ‘writing sweater’, and is about 5 sizes too big, but it keeps me toasty. J

4. What advice would you give aspiring authors?

Write for you. Write what you want to write, what you want to read, what you know. The publishing world is very fickle—and there doesn’t seem to be any formula to figure out what will work. So pick something you enjoy writing about, and just write. Write every day if you can. NaNo is awesome, because it forces you to just power through everything…and edit later.

Take a class. Being with like-minded people, and examining your work from a different perspective really helps. I’m in serious need of a class right now, but life is getting in the way! Soon.

5. Who are your favorite writers that you would recommend?

I like to read entertaining books, and a lot of what I read is popular YA fiction (Gayle Foreman, Kristin Cashore, Sarah Dessen, Maggie Stiefvater).

One of my favorite authors to just read and enjoy is Tammara Webber. She’s a self-pubbed turned traditional published writer who is successful because she writes good stories with believable relationships. Her Between the Lines series is one of my favorites. I’d recommend her to anyone who likes YA/NA relationship stories.

Thank you for stopping by, Brenda! 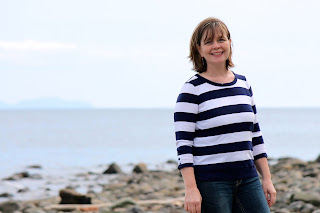 Brenda Corey Dunne grew up in rural New Brunswick, Canada. She originally trained as a physiotherapist and worked several years as an officer in the Royal Canadian Air Force before meeting her Air Force pilot husband and taking her release. She has two other published novels, DEPENDENT (2014) and TREASURE IN THE FLAME (2012).
Brenda is represented by Frances Black of Literary Counsel. She currently resides on the Pacific Coast of Canada, but home is wherever the RCAF sends her hubby, and she’ll be moving to the Washington, DC area in the summer of 2016. When not writing, working or taxiing her three children she can be found either in the garden or on the beach with a book in one hand and a very, very large coffee in the other.
Blog/Website